Hi. I’m Clint.  I’m actually in the picture below with my brothers.  I won’t tell you which one is me: I’ll let my jumper do the talking. 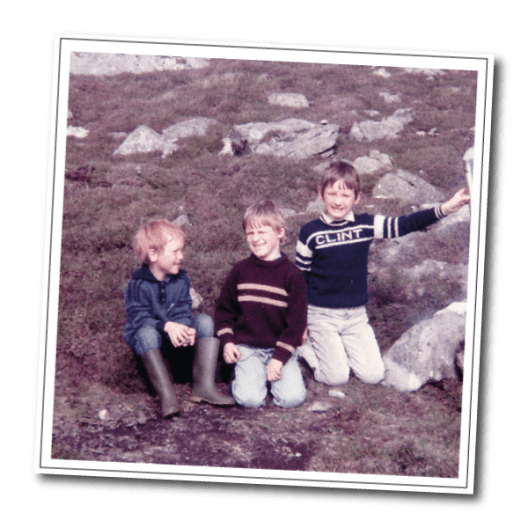 I thought my imagination had tricked me into believing I had such a jumper in the 1980’s, but Mum found the photographic evidence.  She liked to knit even back then, perched on the brown chequered couch watching Crossroads, Dynasty and The Colbys.  And Dallas, up to the point Patrick Duffy’s hairy chest emerged from the shower.

I remember the thick plastic needles that I used as drumsticks – until voices were raised.  The thing-with-the-holes to tell you how thick the drumstick-needle was.  I remember the pattern pamphlets.  The pictures spoke for themselves, but inside: K2tog?  K2P1? RSVP?  … all very confusing, so I opted not to get into all that and play on my BMX instead, my mullet flapping in the breeze.

That changed when I met my knitting fiancee.  Christmas approaches and some knowledge is helpful.

The question is when you don’t understand knitting, what do you get someone?  Do they already have it?  Is it the wrong size or type?  Is it bad quality or just a bad idea?  Doubtless the same questions  Louise may ask herself if buying me a new doo-dah or wotsit for my video camera. 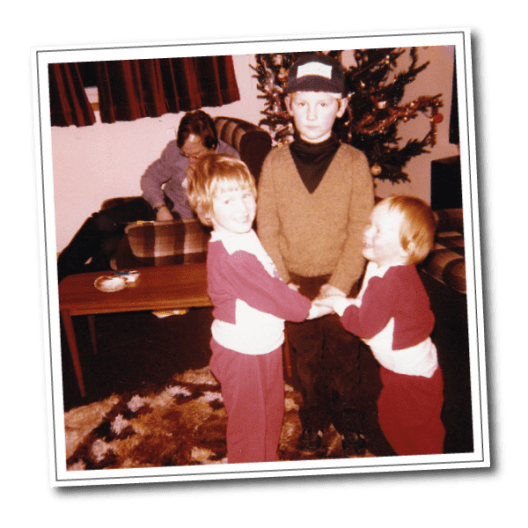 Me circa 1981, wearing a House Of Mum® forerunner to Liz Hurley’s plunging Versace dress.

My Mum always bought what I later learned was acrylic ‘wool’.  This is handy when you have children who possess the ability of movement.  But we’re onto Knitting British this year, so knocking those out of the equation there’s only 10,000 more types to fret over.

In order to be able to get something each year i’ve had to go by Three Woollen Commandments:

I have taken a gamble with a particular type of wool gift purchase this year.  Two weeks until I find out whether I have been wise…

So all this has most likely been of no help.  If you aren’t told explicitly, well then you just have to Sherlock Holmes an idea… 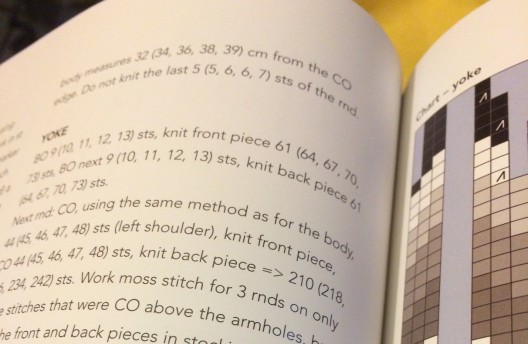