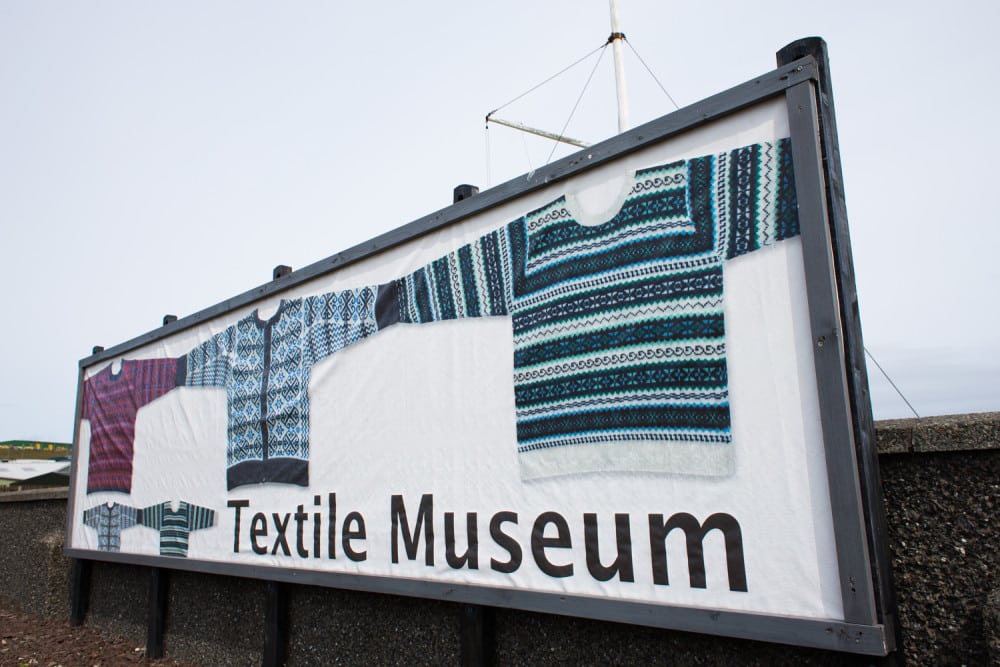 Recently I visited the Shetland Textile Museum in Lerwick. Unfathomably, I had not been before and still can’t understand why.

In truth I have been in the building before, over 25 years ago. The building is called the Bod of Gremista and is the birthplace of Arthur Anderson – prominent Shetlander and co-founder of the Penninsular and  Orient Steam Navigation Co, now known as P&O – It was a restored in the 1970s and preserved as a museum and I was first there on a primary school trip. 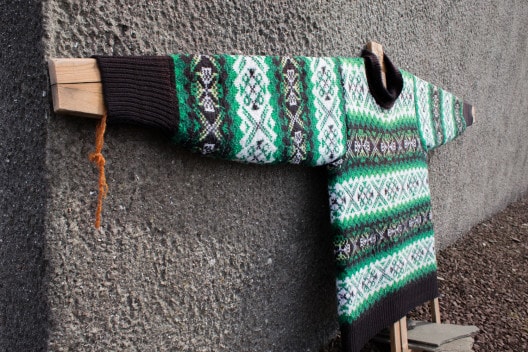 Jumper board by the entrance 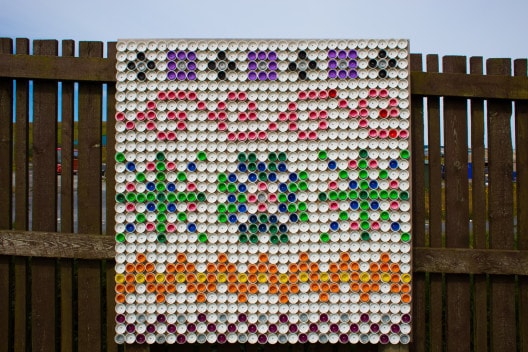 In recent years the Bod became the home of the community run textile museum and what a home it is?! On entering the shop (an exhibition in itself!)  we were met by two of the volunteers who were incredibly helpful and so passionate about the museum.  They directed us first to see the loom. Originating from the 19th C the loom came from Adies of Voe where it has produced endless yards of Shetland cloth. 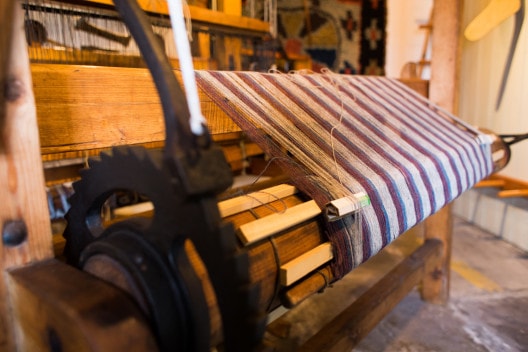 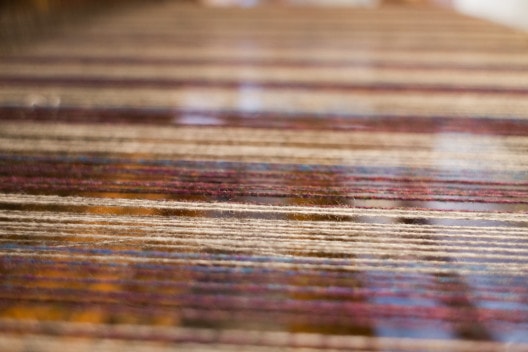 We were told that there are often demonstrations of it being used and you can try your own hand at weaving on it.

Upstairs in the museum there are two further display rooms. Lace Knitting and the World Wars.

The exhibition sets the scene by reminding us of how lace knitting began in Shetland during the 1830’s and goes on to describe crofting life during the 19th and early 20th centuries. This part of the story particularly focuses on the lives of Shetland women, both before and during the 1st World War, and how the war provided Shetland women with a new found freedom, and a massive cash paying market for their knitwear – on their own doorstep!

The lace garments in this display are simply breathtaking. Walking around I thought about the hundreds of hours of work involved. As well as thinking about the freedom Shetland knitter’s found in working for themselves during this time, I thought also of those who were also still exploited by barter systems, which continued for many years after Truck was stopped. 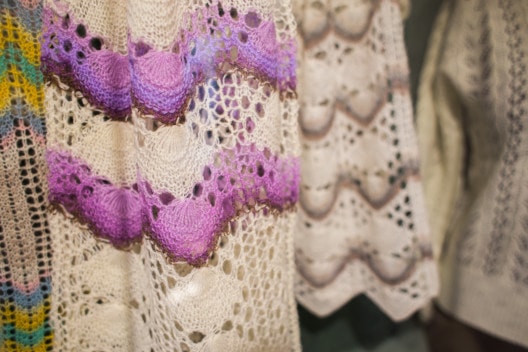 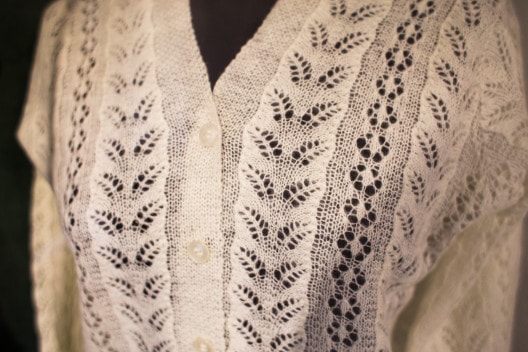 The shawls here are just spectacular specimens of lace knitwear, but I am drawn to the other garments – cardigans and scarves, even lace socks – the intricate designs in such fine Shetland yarn. The cardigan above, knitted by Elizabeth Bruce from Unst in the 1960s, is made from 2ply and it is simply stunning, isn’t it.

The other exhibition at the museum was the one I was really looking forward to – my expectations of the museum had been far exceeded in the first two rooms and I was bowled over by the array of knits in the Oil/Knitting display.

This exhibition also marks a change to the knitwear industry in Shetland, during the 70s and 80s and with the discovery of North Sea oil. The oil industry transformed the isles economy – Shetland knitwear had long had worldwide fame, but this era also saw an injection of interest in everyday Shetland knitwear. The industry until this point was waning, with a marked decline in those taking up knitting. Thanks to financial assistance from the oil boom the Shetland Knitwear Trades Association sought to boost local industry  and project it wide again.

This exhibit was curated by museum trustee Ella Gordon and she discusses how it was put together on her blog. The room fills me with nostaligia, but also inspiration – you can also see why Shetland knitwear is still so popular and why many of these styles and patterns continue to be knit, sold and worn . The colours and patterns displayed here are a feast on the eyes. It is such a celebration of the industry in Shetland, but moreover it is a celebration of the everyday garments worn in Shetland. 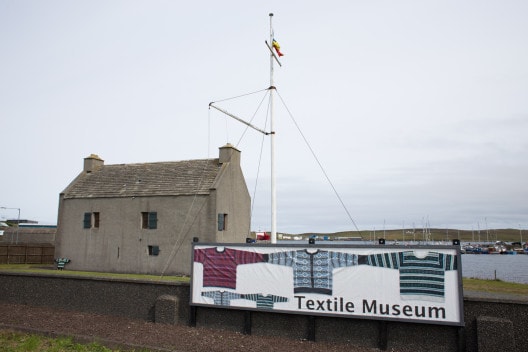 Whether you live locally or planning a trip north please don’t be dense like me and miss out on a trip to Shetland Textile Museum at the Bod of Gremista.  Entry costs a mere £2 and you can visit with your ticket for as many times as you want in the season!