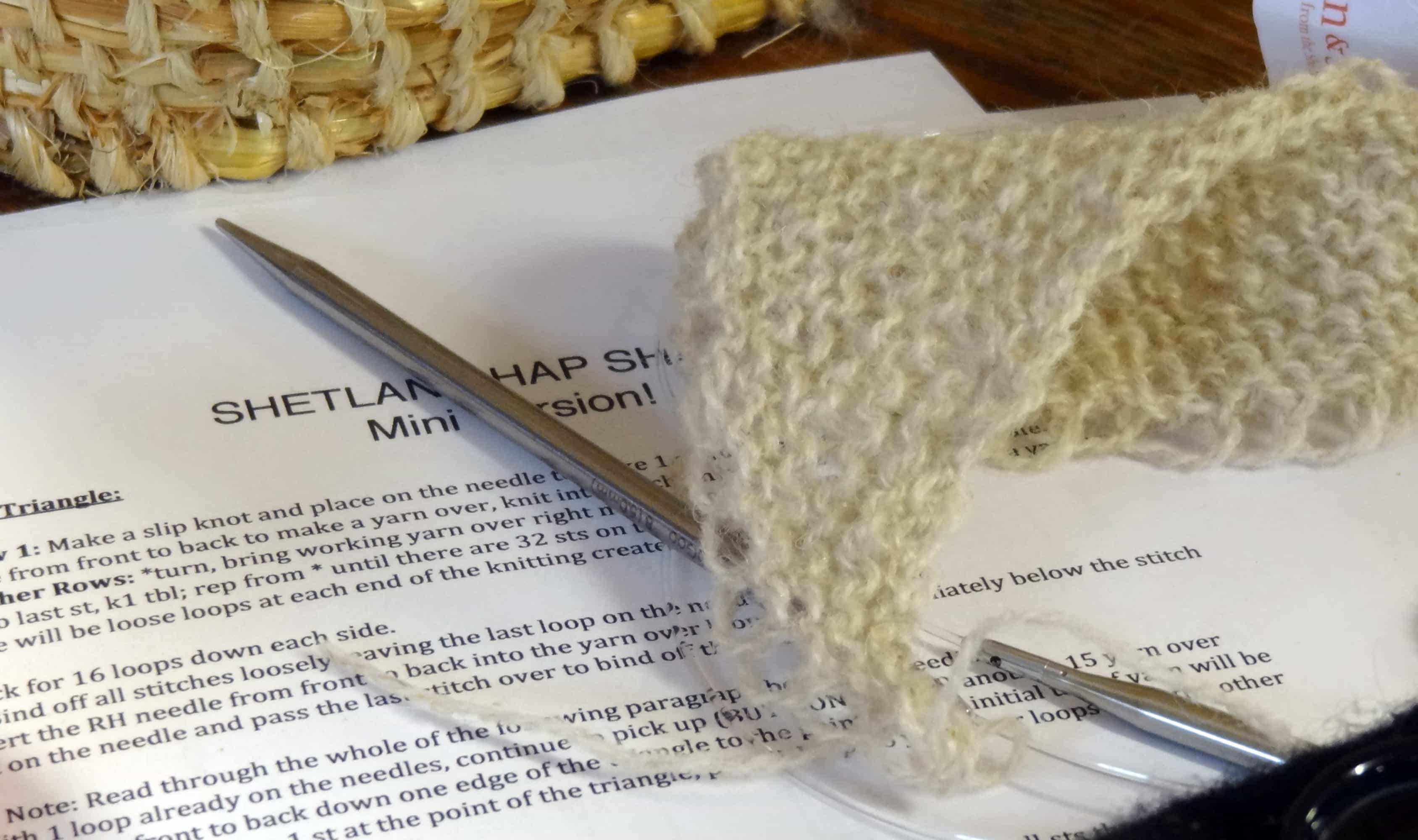 I have had a few questions about what constitutes a hap  – what is “traditional” and why are there garments called haps, which don’t have traditional construction? –  and I think the confusion could be down to semantics, as well as construction.

Not necessarily a name for a garment, a hap is an old Scottish word that means to wrap oneself up warmly. it is quite plausible that the word came first then the shawl (though I only conjecture!). We see evidence of designs which have been created with a nod to the Shetland shawl, but have warmth and wrapping at their heart, rather than any construction methods that we might call traditional, 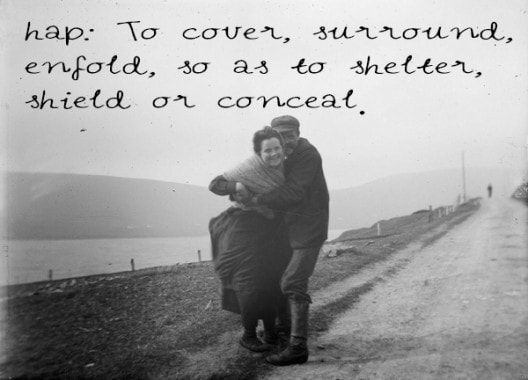 I have posted a little on hap history before and that from reading Miller I learned how hap was the word used for the practical, everyday shawls of Shetland women, which were constructed in the rougher wool and had an old shale border. Fine lace Shetland shawls, perhaps also called crepe shawls, or wedding ring shawls, were also knit in a similar fashion, but were much different; these were made to be sold and knit in much more intricate lace and finer wool. They came to also be referred to as haps, but at one point there was a clear distinction.

The patterns on ravelry that refer to this construction call for you to knit the centre of the shawl first then pick up the edge YOs to knit a border, but it’s the word ‘traditional’ that causes a bit of confusion, as Hazel Tindall explained in post comment.

I always thought traditional construction of a hap is to start with lace edge, then knit ‘da board’ often in 2 halves and mitring the corners. The centre is knitted from one quarter of “da board”, joining 2 sides as you knit then grafting the 4th side. That left the mitred edges to be joined – skill needed to make the sewn corners match the knitted corners.

In “A Legacy of Shetland Lace” the hap border is knitted in 4 pieces as it was felt that would give the best result as all 4 corners would be sewn. Also far too difficult (impossible) to explain on paper how to sew to match a knitted corner.

It is possible that different areas of Shetland did follow different methods. It would be good to know.

There is indeed, more than one way to knit a hap. The method that Hazel is talking about is what Sharon Miller, Shetland Hap Shawl Then and Now, calls the “Border Inward” method. This – Miller notes – was the style of shawl knit from the 19th century. You can knit a border inward shawl in different ways too, whether knitting 4 lace edges, 4 shale borders and the centre, or in 3 pieces, with two mitred corners and the centre. These would be grafted together to complete the shawl and many shawls are still knitted this way in Shetland, like some I saw on display at Shetland Wool Week. 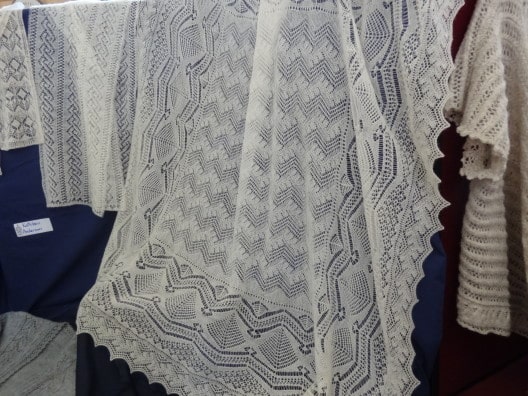 Shetland designer Donna Smith is going to be knitting her hap in this method and is learning the construction from her aunt. Please do read her blog on the subject.

The type of construction that designers, such as Gudrun Johnston and Brooklyn Tweed, refer to as traditional Shetland construction is what Miller calls, confusingly enough, the modern method, or “Borders outward”. This is only modern in terns of the Victorian era and I fear this is where “traditional” perhaps confuses and jars a little. This is a method that Richard Rutt referred to as “Victorian Shetland construction. Before the advent or circular needles Miller surmises that the centre was knitted and then each side of the square was picked up and the border flaps were knitted and later sewn up (perhaps less arduous than all the grafting in the earlier method, for me anyway!)

So whether you want to knit it in pieces or go for the now highly convoluted traditional Shetland-slash-modern method- slash-borders outwards-slash-Victorian Shetland …those are the main differences in construction. I am sure there are no hap purists who need to know this and – like Miller – I am  no expert on the history of the garment, but it is interesting to understand a little of the evolution of the hap and its construction. 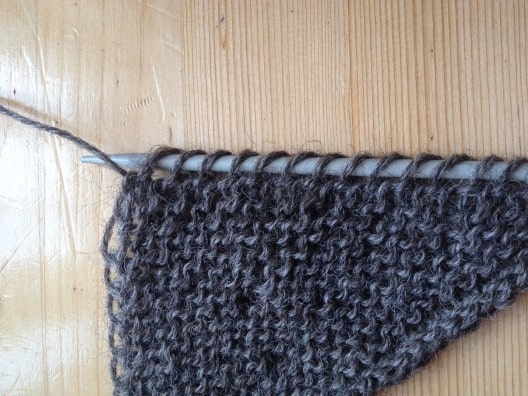